Fram is an American auto aftermarket oil filter company that's been around for over eighty-five years.

The tagline: "Filter out the nonsense.The right place with the right filters at the right price."

The newest member of the Fram team is a spokesperson they call: Frampa and should look familiar to anyone who has ever watched Breaking Bad or Better Call Saul's "Mike" the brilliant Jonathan Banks.

Banks is a perfect spokesperson for this brand. He extends his already well-known character who in both series of Breaking Bad and Better Call Saul embodies the hardscrabble, rough-edged retired cop and has seen and done it all. In many of the episodes, Mike is seen as a handyman fiddling with cars and setting up complex ways to outwit bad guys with simple tools and hardware improvised by years of having to make do.

Frampa is the everyman you see spending hours in aftermarket auto stores rooting around for this n that. We all know a Frampa.

In this ad series, cleverly written to the borrowed interest of Mike's no b.s. authoritarian character, we see Frampa, the old wise-guy in the auto aftermarket segment popping up and making sure the young pups know what's what when it comes to oil filters.

Frampa is no Mr. Whipple caught creepily and vicariously squeezing the Charmin.

He's in your face with no apologies for young male millennials ignorance about keeping a car or truck properly lubed. And he's completely irreverent about their lifestyles. He sums this up by his great tag line: "It's the orange one, numbnuts."  Which again slams home the vacuousness of the male millennial life.

The only part of this campaign I find 'cheesy' is the opening sting which is a vocal: "He's Frampa!"
I suppose it's meant to be cheesy and if you're making your seagrass smoothie in the next room, hearing this will bring you to watch the ad. However, I find it a bit of overkill. But I am sure the client loves it.

For a very niche market segment that used to only be seen in auto body/car trader ads, this is a prime example of how cleverly an obscure brand can become a household name.

The brilliant choice of Banks and using the borrowed interest of his well established Mike character is perfect for this product. Spokespersons are a dime a dozen and an old-school form of reaching your target. The critical factor is matching the product with the right spokesperson and writing to that character. So often this approach doesn't work because you sign the right person but you don't let the character of the person or the character they are famous for, carry it. And this is a brilliant example of how well this works when it's done right. But this can also be a Catch 22 for the same reasons.The caution for this campaign and I am sure they tested for this was the fact that most of the target would always see Frampa as Mike. But maybe in this case, given how obscure the product segment is, that's ok too.

It's fun. It's irreverent. It's well written and well delivered, production values are good and overall it must be totally building this brand with those snowflake millennials.

Cudos to Laughlin Constable an Indie agency in Milwaukee.

Posted by The Fox and Hound at 9:34 AM No comments:

The Race to the Bottom Last in a series of amazon2 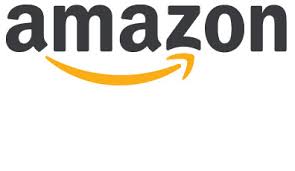 Still no word on what city is going to be chosen for the new Amazon2 Headquarters. Presumably
Besos and his teams are deep into due diligence on the final ten, twenty???? However many cities are still hoping to be the chosen one.

For a huge corporation like amazon to initially have made this a public free for all by announcing any city interested amazon would look at is typical of large corporate HR hiring policies when you think about it.

Big corporations like amazon publicly run in their 'want ads' the jobs needed to be filled and accept any and all applications. Once they have weeded out the crackpots and chronic psycho applications then they get down to the business of finding a few that actually qualify. And this is from the public slush applications which they are required by law to waste their time on. In the meantime, the real hiring, the real choosing is done behind closed doors and either with a professional search team or is an inside hire from internal ranks or from a long time associate who knows someone (inside networking).

And so too is the amazon team following this mundane, corporate playbook in choosing the real next city for amazon2. It's not nearly as exciting or as original or as groundbreaking as Besos wants everyone to believe. Nor is it equitable. But neither Besos nor other big corporations care a whit about that.

Basically, it was a smoke and mirrors, dangle the bait tactic all along that again, many many large corporations do to entice potential candidates for lots of things like contracts, employment, tenders and so on.

And the general rule of thumb here, if you want to really figure out who the next amazon2 city will be, is this:  follow the money. I am sure bookies have odds on each city and are just waiting but pretty much have an idea who is going to be chosen.

The saddest part of this whole exercise (yes, there always is a sad side) is seeing how many cities in the US are desperate for an injection of commerce to bolster their futures. And there are many. And we have seen only a few.

Besos exposed the underbelly of these cities. How? By offering them HOPE. And some of these cities certainly need more than hope to run on. Cities like Detroit, Newark, Indianapolis, Columbus and yes, even Chicago are on the brink or have been bankrupted. These cities, going on the slim promise of Besos public announcement, pulled out all the stops to try to capture this golden ticket.
Not just by promising Besos free reign over their cities tax and development incentives, but by a desperate need to do anything to get a stronger heartbeat happening for cities that have been long abandoned by other businesses.

Besos is no different than previous robber barons who once wielded an immense economic stick. However, the chances for small business startups like Besos rising and succeeding in the US are one in a zillion compared to what they were a century ago. Besos business is not in being innovative as
a maker of things. Besos created a humongous shipping pipeline from one computer to another. He capitalizes on logistics. He capitalizes on consumerism and hunger.

He is a leader of the employment movement for 'precarious work' where people live from paycheck to paycheck, have no job security, have no benefits and basically are enslaved by a system that no longer works or cares to work to improve the common worker's lives and help provide a middle-class existence the US.

Already he has raised the minimum wage to $15 an hour but he has also taken away any chances for employees to hold stock in the company, which ultimately was and is worth far more over time. Besos treats his employees badly both in the workplace and in principle having almost no regard for any employees well being. Since amazon's inception, he has routinely insisted on grueling work conditions with absolutely no consideration for employees making a livable wage or having any semblance life/work balance.

By Besos increasing the minimum wage he makes working at amazon look attractive while smaller, independent companies cannot begin to match that hourly wage. Thus Besos is forcing small companies to either meet the wage hike or deliberately drives them out of business.

Besos biggest move now with the second amazon headquarters is just another monopoly piece on his takeover board.

My guess if I was a betting person would be around the Washington D.C. area. Besos seems to be gearing up for some kind of political puppet mastery beyond his company.

However, I also can see him selling or stepping aside very soon.

So where amazon2 or even if amazon2 ever happens, is still anyone's guess.

Posted by The Fox and Hound at 9:39 AM No comments: