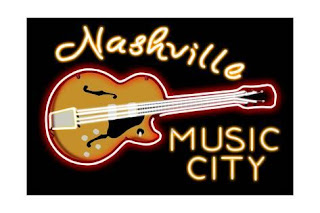 It's interesting that Nashville was chosen as one of the top 20 cities for the new Amazon2 headquarters.

Because unlike many of the cities that are vying for this business boost who will bend over backwards with tax incentives and all kinds of perks for Amazon2, Nashville doesn't have to. Nashville's economy is thriving. Nashville is a healthy city whether Amazon2 arrives or not.

And some might argue that Nashville, although it participated in the original bid, isn't ready to give up its identity or risk its infrastructure with the explosion of housing and transit demands that are bound to happen wherever Amazon2 ends up. And that's just the beginning of some of the demands that Amazon2 will put on whatever city it ends up in.

Nashville seems to have no fancy videos, no hardcore pitch materials or any information about their offer that have been made public to woo Amazon2 and Besos.

Nashville isn't offering any extra incentives that it wouldn't for any other company interested in bringing its business to their city from what I have read. Their tax incentives, their perks all seem to be by the books.

So in essence Nashville isn't going to over promise, grovel or give up their identity to gain Amazon2.

When you are a healthy city economically you don't have to do anything. When you are a vibrant city your view is more objective. When you are a thriving city you might even be more protective and see Amazon2 as a possible hostile takeover. The pluses for one city become minuses for another.

And when you are as healthy and vibrant as Nashville, you don't have to put on any dog and pony show or beg or be willing to sell your city's soul....

Posted by The Fox and Hound at 8:04 AM No comments: