I just read a recent article about Facebook that's taken from a CBC radio interview with Roger McNamee an early investor in Facebook.

McNamee discusses the 'fixes' that are needed to prevent interference from nation states such as Russia, who used Facebook to influence the outcome of the last Presidential election.

What McNamee points out is the fundamental flaw in the Facebook model that legally allows outsiders, using Facebook in the way it's model is setup to be used, to undermine a country's perceptions and thinking.

Addressing the second problem with Facebook McNamee points to our addiction to the program and
other public health issues associated with social media in general. 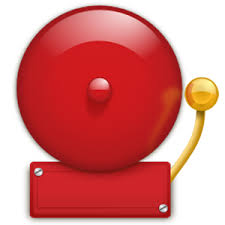 Then he goes on to elaborate about the basic premise of the Facebook product and here is where things begin to get really ugly for the direction advertising seems to be taking McNamee says:

"When Facebook says we give people what they want, what they're really saying is that their goal is to reinforce existing beliefs, to make them more extreme.

Essentially, for Facebook, the most valuable emotions, the things that generate the most engagement and the most sharing, are fear and anger. The business model right now, which is to say advertising, is dependent on getting people afraid and angry. It's not like they do that explicitly, it's just that that what the system rewards most. So the people who have a message that emphasizes fear and anger have a giant advantage over anybody who is emphasizing something that is calm or constructing."
This insight is frightening. It's also the OPPOSITE of what advertising should be doing. Alarm bells should be going off in every agency that uses a social platform for their products and services.
People who work in advertising, especially creatives, should be students of human nature. It is our insights into human nature that allow us to focus or predict future attitudes and behaviours. The caveat always being that in the end the results are positive.
However for some time now advertising has been a follower, not a leader in shaping attitudes and outlooks. And the reason is the advent of social media where now everyone "seemingly" has a voice, has a "right" to an open opinion be it good, bad or indifferent, and the "right" to vent that voice be it good, bad or indifferent. And when computerized social forums translate all this "voice" it becomes the DATA that is used as a human yardstick. And advertising has blithely gone along, which means now the tail wags the dog when it comes to shaping advertising outcomes.
Why?
Because EVERYTHING on social media is shaped and dictated by the new god, DATA.
And DATA has no emotions. DATA isn't human, and in fact,  DATA dehumanizes humans. And because it has been lauded as the new silver bullet, revitalizing advertising in social media, it has become a DICTATORSHIP in ad agencies. It shapes everything from predictables to probables to type sizes and sweater colors....yes it is that pervasive.
Insight: human nature loves to go to the negative space. It just does. Human nature is destructive. Maybe because it's easier or it's more acceptable or it garners more sympathy and attention...for whatever motive, that is where human nature most times will migrate given no direction or boundaries.
It has always been advertising's job TO NOT GO TO A NEGATIVE PLACE ABOUT A PRODUCT OR SERVICE. And it's only humans who can shape that direction in advertising, not the data.
Insight: it is one of the big challenges for creatives to take the work to a positive place.
And looking at social media as a case history for WHAT NOT TO DO to shape perceptions about products or services, these insights of McNamee's are critical to advertising's creative success.
Ad agencies need to beware when using social media that bows to data and dictates all else. This is a wakeup call. All the bells and alarms should be ringing now and agencies need to be vigilant in how they use social media. They need to make sure they are in control of this media and it isn't a victim of the constant negative data that oils all social machines.