Who'd of thought. Avocados from Mexico wins the best overall response from it's SuperBowl placement.

Now I wonder why?


Door #1
Perhaps the clever situation of a bunch of secret society actors with their
sitcom banter?

Door #2
Or perhaps that 10th beer needing a quasi-substantial slider on a chip, aka avocado dip?

There's nothing quite like a timely suggestion....a suggestion that is easily satisfied. It's not like
you have to save up to buy that avocado....not like a Lexus or BMW.....

And making a mean avocado dip is right up there with great bar-b-que. Isn't it?

Avocados from Mexico....has a nice ring to it.

And in the quick banter one of the great selling points slid in there about it being a healthy fat.
Maybe that was it.

Of all the millions of dollars of ad buy and production costs and actor heavy endorsements this one
ad wins the day overall.

The Heart of Advertising 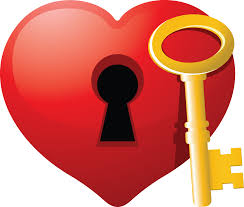 Back in the pre-internet days advertising messaging was delivered either by 1. Word of mouth 2. Print like newspapers, magazines, billboards, flyers, mailers, coupons posters anything on paper 3. Radio and 4. Television.

And easy to see where the 'creative' demarcation lines were. Also it was fairly rudimentary how effective ads were. Data collecting was in its infancy and elementary at best. And while data
was important information both pre and post creative, creatives for the most part hated being dictated or reigned in or held to this information. 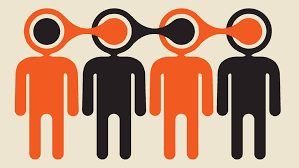 Now with all the digital world and internet and data collection the perception of "creative" has changed markedly. Especially in ad agencies where the never ending search for that magic bullet
that is going to tip the paradigm for ads and save agencies is always the quest.

So for the most part, the 'creative' is now not the advertising ideas themselves....the ideas the copywriters and art directors work on to position and shape perception of a benefit to the end user. Now the 'creative' has become how many 'likes' or 'followers' you have or 'hits' on a website or Facebook, Twitter followers and Snapchat and Pinterest and Instagramers a product has.

And with all that the 'creative' is now measured by how clever or gimmicky or substance-less a website is while your actual product or service goes searched on Amazon or Groupon for the deal
that sidesteps almost all 'creative positioning' about your product or service.

And for all the data 'matrixes', insights and measurements, not  mentioning how
it can so easily be slanted for a predictive outcome, this is what 'creative' lives or dies by and creatives bend to now.

When the smoke clears from all the 'stories' littering .com's (which is millennium speak for testimonials) what you have is: 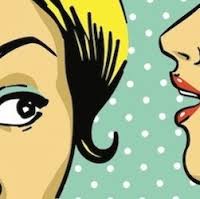 Word of mouth.  All dressed up to look like something else but it's plain old Word of Mouth.

And as any junior advertising person will tell you, Word of Mouth is the most effective form of
advertising anywhere, anytime, anyplace. It is golden. And it is basic.

So really the digital realm has not moved the advertising creative needle one bit. Yes, the delivery is faster, there's more room for more messaging crammed into the internet than any other media delivery system to date. Clogged actually. But it hasn't created a new creative. It has created a new
DELIVERY SYSTEM for an old form of advertising.

Yes the Millennials have created their own "digital speak" that helps them think they have reinvented the ad game. And yes, they do give more money, more time and thought and effort into how they can create new delivery systems to promote old delivery methods.

The new "creatives" of this brave new world aren't the creative department copywriters and art directors. It has become the coders. Coders who haven't a stitch of design or copywriting study or craft. But they have become the new idea of what is meant by 'creative.' Ad schools are putting more emphasis on mainframing and coding than creative thinking.

The copywriters and art directors are now harnessed like oxen to the wheel of data. Driven by "insights" be they real or not, this is the new overseer for the creative department.

And again nothing has changed because because data is the anathema for creative thinkers
who want to speak to the real human condition.

So what is advertising and advertising creative left with?  Work that doesn't work. Broken work. Creative executions that makes people scratch their heads and go: " huh?" or more often "ugh!"

There's always been bad advertising. It dominates the field. But given the glut of misinformation, slanted data collection, fake ads, fake everything....when you come right down to
it, it makes total sense that you rely predominately on word of mouth for any kind of validation.
And we are doing it for everything, even to validate ourselves.

Driving all this behind all the numbers and fancy overdone sites is TRUST. We trust the word of others.  We believe hard numbers like you find in data and in coding. It's easier. 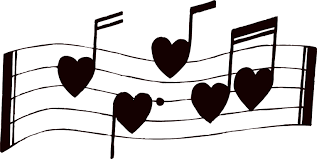 We do not trust emotions. Generally we are afraid of emotions. We are all jam packed full of them and I would argue that is in large part what makes up our individuality and is that unique combination of emotions we all have that acts as triggers for response. But therein lies the rub. We just don't trust them. We don't trust the emotions in ourselves or in others. And when we don't trust something,
we don't want to understand it. We block it.

For example:  a person will trust that a laundry soap gets out wine stains because that has no direct impact on their emotional makeup. Going a step further,  when you try to sell the idea that the same soap will remove the grease from an oil spill on birds and save their lives that emotional level is ok because the birds stand as a metaphor for themselves so we can handle that and feel some empathy towards the birds. But if you were to try to sell that soap as a way to clean human bloodstains, then you begin to skate on thin ice.

Things like music, movies, poetry, books, art all are there to open our hearts.

And the idea of advertising being an art form or bordering on an art form capable of opening our hearts is the very essence of what great creative is about. And that cannot be done with cold numbers and statistics. It cannot be created without looking deeply into the very hearts of what we long for
as human beings.

We are not robots yet. Not quite. But the march to sameness and loss of individuality in our being constantly nose to nose to a cold flat screen deadens our feelings. Our feelings are being stolen pixel by pixel.

And this is the real creative battle. To make us feel something that will touch us and resonate in our hearts. And to ultimately lift our thinking to a higher plane.

This is the silver bullet advertising needs and which scares almost everybody.

Posted by The Fox and Hound at 9:07 AM No comments: