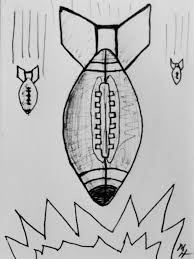 Well here we are AGAIN. You all know what happens to a creative project when you try too hard? When revision after revision of the same dog just keeps getting worse but for some egotistical headblock you just CAN'T LET GO??

Well the Most Interesting Man in the World revamp is this sort of project. This new take on Goldsmith's original by Augustin Legrand is a complete FLOP.

They have turned this grease ball guy into a frat boy tailgater.....which couldn't get more ordinary.

With all the 'competition' of a pickup artist and his of course female 'companion' his antics just don't cut the mustard for me. For all the supposed "key differences" what those "key differences" do is drag this effort completely down to ordinary frat boy/ alumni antics. Sand dune races?  Carving a coconut into a football just in case we consumers don't confuse what it is supposed to be?....come on.....this is just fodder for idiots. The rationalization being the new "Most Interesting Man" is now "A man of ACTION" hahaha that's absurd at best. But bolsters the biggest base for this kind of brew: the college boy.

The writing actually fights all the antics in the spot and it just becomes a mess. It's crammed full of gimmicky frat boy wishful ridiculous stunts....

This is just a party spot. With imbecillic frat-boy antics under the guise of being a part of the new Most Interesting Man in the World.  The subtext being:  Frat boys and football and females and beer is still the same old suds and same old recipe for selling. It's Heineken...what can you expect.

This isn't even worth rating.
Posted by The Fox and Hound at 4:39 AM No comments:

Controversy is swirling around the newly launched ad for Toronto Sick Kids fundraising TV spot.
Parents whose children face life threatening or terminal illnesses view this new ad as 'too violent' and not inclusive of their child's diseases.

Upsetting scenes of kids and babies as fighters and warriors against their own enemies their unseen diseases as they fight to beat the odds as if their lives depended on it? Yes.

Personally I think the creative is some of the most original I have ever seen in this cateogory.  It is disturbing and unforgettable. And it is just because of this disturbance that we are awakened to the reality of what these kids are going through. When you are a kid in this situation, this is your main challenge, your only goal...to beat the disease with all that you have no matter how tiny your fist is. It's pure instinct. And for me, as a possible donor and being a parent, I find this carries the powerful message needed to open my wallet and heart to their struggles.

For once, there is no sugar coating what these kids are going through. For once there's no sappy, dirge music or soft, bucolic phony scenes of sympathy and Hallmark card sentiments. This TV commercial cuts through all that with the harsh realities of the fights all these young people face daily, hourly and when every second counts. Kudos for the bravery of this creative. Kudos to the real kids from Sick kids who took part in this spot. What works is the balance of the harshness of the kids reality of their illnesses with the fantasy of being a super hero and super fighter in dealing with this ongoing battle.

The production values and media buy for this is a cool $2million. And a bigger budget push is planned for next year.