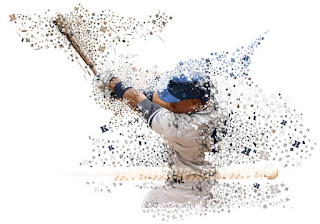 A few entries ago, I raved about how interesting the Most Interesting Man in the World campaign was as created by Euro RSCG.

In a second follow-up entry when it was announced the campaign's original actor Jonathan Goldsmith was in a dispute with the agency and was leaving,  I wrote about the backstory of how often great campaigns end up in the wastebasket but Dos Equis and The Most Interesting Man idea  was one that survived. Not only did it survive, it built a small unknown brand into a cult brand with a following that was as loyal to the advertising as it was to the product.


Now Havas Worldwide...a new agency name or merger from the original Euro RSCG (hard to keep up with all these mergers and acquisitions) has launched a totally new campaign for  The Most Interesting Man in the World effort with a SECOND most interesting man in the world.

Unfortunately Dos Equis has struck out on this. And here are a few reasons why:

The Jonathan Goldsmith character  worked because he was OLDER
and consequently  seemed more MYTHICAL.  His stories were adventures you could imagine an
older man being able to conjure and embellish as outrageous exploits that were truly HILARIOUS.
It was tongue in cheek delivered in such a straightup,  understated, classy way with
a man who came across as  having the gravitas to possibly just have done some of this craziness.
And because at the time this brand was a virtual unknown with nothing to lose in share or recall
it could take the risk of doing off the wall antics in a way that was endearing and unique.

My guess is the agency now sees the growth of Dos Equis as an opportunity to go more mainstream and attract the younger Millennials.

And that's exactly why it fails. It has gone from a small niche brand that was built on a small crazy campaign that was singularly unique and could afford to make fun of the situations Goldsmith represented.

This watered down copy has basically gone whitebread. The creatives decided on a new guy who looks like a younger clone of a far more interesting original. Another mistake. And even to those who may not have ever seen the original campaign, this new representative is just too ordinary. In the launch ad what they have him doing is not even remotely interesting. They are stunts, not stories.
In this ad the guy looks like a big greasy guy out to pickup a woman in a bar.

What made the original so original was the delivery with a serious voiceover, like someone doing
commentary on CNN. It was the extra layer of irony that added that much more fun and hilarity
to the campaign.

From my ECD couch, had I been briefing this new team, the first thing I would have said or thrown out was any ideas that introduced a SECOND Most Interesting Man idea.
Why?
Because it's the easiest and most obvious thing to expect and do. And it's a recipe that has proven a sure thing to fail. You can't top something that was the best...or even begin to. And the moment you bring that 'me too' mentality to a campaign with a spin off, the odds are it will never shine in the eyes of the client, like the original. And you as the creative team will be the ones ultimately walking the plank for that very reason.

I would have briefed them right off the top by saying to do work that is as original, as outrageous and daring. That anything goes. Anything BUT a Second most interesting man idea.

What is happening now is the only thing that can happen with a brand that is stuck with second generation spin off creative that doesn't even hold a candle to its original:  Dos Equis new campaign has struck out and is now in that horrible place where most beer ads go....totally forgettable and totally ordinary.

The agency creative group should have knowingly and wisely managed everyone's expectations by saying:
"adios amigos...."

to any talk or suggestions of continuing on with an idea that had its moment in the sun.

Posted by The Fox and Hound at 4:04 AM No comments: