How the Most Interesting Man Campaign was just blind luck...

All great things come to an end. And so it is with one of my favorite campaigns Dos Equis and The Most Interesting Man beer campaign....

Ad Age ran a great article ( see link at end of my article) about how this campaign died time and time again and it was really just like Lemony Snicket in reverse...A series of lucky fortunate events....that this campaign ever saw the light of day.

No one believed in it at first, not even the creative team that came up with it. They were flying by the proverbial seat of their pants when they came up against a deadline to present something. And thus from this scenario of from nothing comes greatness.

Is the best stuff always this random or accidental? MMMMmmmmm no. But what was luck was the fact that despite no one believing the campaign had any merit, it kept getting presented and working its way up the ladder closer and closer to being a done deal.

Most of us from the creative side really do present great ideas...probably as worthy as The Most Interesting Man. But what happens is 9 times out of 10 they never get beyond the internal presentation to the account group or they are so redone or messed with before getting to the client that those great ideas are a mere shadow of their former self. 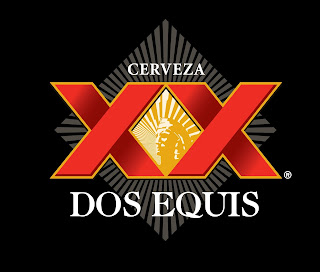 Ad agency people usually are their own worse enemies for over thinking, over reacting and fearful of really presenting different work. For every one great The Most Interesting Man-calibre campaign that makes it to air or reaches the public, I would guess at least 1000 equally as good campaigns for other products don't. They die. They die from second guessing the clients. They die for lack of support from the whole team. They die because the team that came up with it was the junior team and an  agency cannot possibly justify their billing for all the Seniors that work on the same assignment but because the Seniors are cynical from all of their earlier campaigns having been shot down, i.e.: read that as basically given up....yet still pull in honking huge salaries. They die because the account team is afraid to present risky work and are afraid that even if they do present it, the client will insist they come back with something else and the account teams don't know how to rationally, calmly and with great vision and insight themselves, lead the client to imagine the long term benefits of radical yet brilliant creative for their brand. They die because account teams never guide their clients into long term brand building...it's always about immediate measurement/response. They die because the ECD is a prick and has a grudge against the creative team that came up with it. Or because the ECD is threatened by the creative team that came up with it. They die because the Senior team sees the Junior team has a better idea and so they kill it.
Or it's killed because the production is too expensive or because because because....

In other words, there are about 2000 reasons agencies don't let great work ever see the light of day these days.

And maybe that is why advertising is dying. Maybe that is why they keep looking for that easy silver bullet that is going to change everything for advertising. When in fact, if agencies could just really be about being what they produce or say is their product "Great Advertising Ideas" and really stand by that and work hard with their clients to offer that...maybe then advertising would have a resurgence.

But the absolute saddest and worse case scenario is what really happened here with Dos Equis. This great creative campaign really was like winning the lottery.  It was all just blind luck.