Every once in awhile a tv spot or print ad or website is a perfect gem. It does all the right stuff.
It is engaging, well paced, well thought out, well written and art directed and most of all, has an idea that is emotionally evocative that adds to the essence of the idea, not shock value for shock value sake or a corny knee slapper or a gimmick but genuinely touches your heart and makes you think about a product or service differently.
Which brings me to the newest tv spot for Kaiser Permanente. This is a simple, lovely, flawlessly executed tv spot. It begins with the classic Claire D'Loon piano concerto while the camera takes us through an amazing urban/forested environment and until the super at the end you have no idea what it is about. It is wonderful and soothing without being cloying. It makes you yearn for such an emerald place and to wonder if it could ever be....cudos Campbell Ewald LA
http://creativity-online.com/work/kaiser-permanente-emerald-cities-directors-cut/17556
Posted by The Fox and Hound at 11:14 AM No comments:

What are these agencies thinking???or are they??? 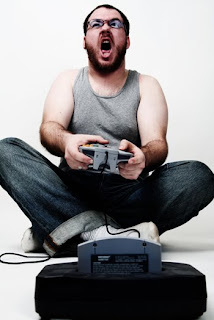 Within the last two weeks I have read about two different categories: one was for Toyota the other for Mr. Sub, who created ads that have landed them in hot water.
Toyota created a character that was a psychopath who was targeted to Toyota owners. In this one case, he was sending harassing emails to a female Toyota owner and it scared her to death...mainly because she didn't know it was a "joke" and she was being "prankster-ed". This harassment continued evidently to the point where she couldn't sleep and when she did it was with a weapon next to her because this "character" said he was coming over to her house. She is now suing Toyota. And rightly so.
Now I see a campaign from Mr. Sub in Canada where in one scenario it is a wedding day and the groom needs to see his bride. He knocks on the bedroom door, opens it and finds his bride and his dad passionately kissing. Next commercial: large large family sitting at dinner table, father announces he is gay. 3rd commercial, wife in kitchen doing dishes, man enters dressed as some kind of s&m/burglar-esque type person, taps her on shoulder and she hits him over the head with a frying pan. This is not only an old corny bit, but the guy looks like a version of the hamburglar from 1980's McDonalds days in an s&m outfit...really awful and borders on the macabre.
http://www.marketingmag.ca/english/news/accounts/article.jsp?content=20091005_175305_7272
Of course this has brought about a backlash from the gay and lesbian groups to say the least.
Now I ask you: what has any of this got to do with Mr. Sub? What is the relevance? What has creating a psycho-menacing character who goes online and into social media to scare and harass customers got to do with advancing a positive image of Toyota? Especially when they land in court because of this crazy prank.
And I have to wonder: what is in the water folks? Have we become so desperate, so bereft of any real creative thinking that this is the new norm? And the biggest shocker, even more shocking than the cheese shock value these brands have created is; these "ideas" were sold to clients at some point well before the executions. Clients have a chance to see these things evolve and get produced and give their blessing and money to support them...
We are in serious trouble here as an industry if this is considered creative or anything remotely advantageous to furthering a brand.
But maybe I am the one completely out of step. After all, I am the one out of a job.
Perhaps the idea is to generate any kind of response because according to the old adage from p.r. folks, negative response is better than no response. If that was the conscious intent of the teams that created this dreck then I am out of the loop. And I cannot imagine even the greenest, lowest on the ladder client, buying into this rationale for representing their brand.
More and more though I am seeing shock shit like these two. And it is disturbing to me. I always thought it was our responsibility to represent a brand in its best light. After all, are we not always trying to "court" our consumer?
I see a world dominated by gamers and ad kiddies who were raised with little finesse. The finer things in life for them is the next XBox. A world of crass sensationalism and hee haw slap your thigh bullying is their norm. Kids spoiled with money and excess.
They are now hacking their way into the new age of communications and if you don't like it then to hell with ya. It's their time and it doesn't matter if things are off the rails. After all, it is the fun and games of it, right?
Posted by The Fox and Hound at 8:08 AM No comments:

All the articles I am reading have this doom and gloom thread about where the ad industry is going. Is it Dead? What is the new advertising industry? And it makes me wonder, as more and more products are pulling back their budgets (which any hard core advertiser will tell you is the worse thing you can do in a down economy) why these folks can't see that this is not new. We have been in economic slumps before. The economy is like a pendulum and it has its upswings and down.
or
Is this because when the economy goes into a nosedive, which I could see and feel long before it actually did rather than being creative with the budget you do have, it's just easier to bleat and bah and complain because that is what culling the herd is all about.
In this world where new media is all the rage and everyone believes it is the magic bullet, I stay firmly convinced that while there may be a lot of new ways to get a message out there...with all these new and exciting delivery systems I don't see much improvement in the calibre of IDEAS that are being delivered. If everyone clamouring to be heard, it is now overcrowded with screaming drek and hard to find much dross.
And while the new media may give EVERYONE AND THEIR UNCLE a chance to now have a voice, I have to ask .... who is listening?
It is bedlam out there. And everyone is in panic mode trying to be heard in the herd....
Posted by The Fox and Hound at 10:55 AM No comments: